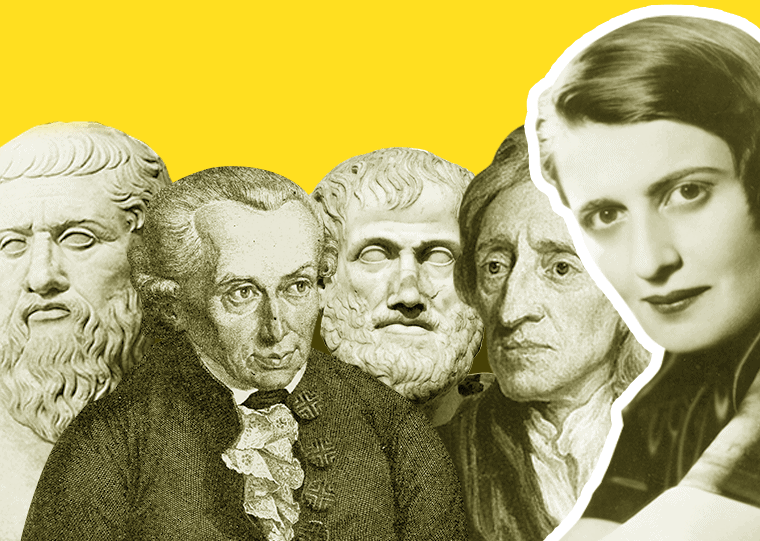 Ayn Rand’s Place in the History of Philosophy

Survey important thinkers and ideas in the history of philosophy, examine Ayn Rand’s key contributions to the subject, and learn how she solved major problems and created a reality-based, fully-integrated philosophy for living on earth.

Ayn Rand is known primarily for her heroic characters and powerful novels, such as Howard Roark in The Fountainhead and Dagny Taggart in Atlas Shrugged. But Rand did much more than write magnificent fiction. She also solved major philosophic problems that had puzzled thinkers and caused mayhem for millennia, and she developed an integrated system of observation-based, life-serving ideas: her philosophy of Objectivism.

What problems did Rand solve? How did she solve them? What exactly is her place in the history of philosophy? Andrew Bernstein will answer these questions with his hallmark verve and color.

If you want a clear understanding of the key ideas in the history of philosophy and of Ayn Rand’s place in the pantheon of important thinkers, this course is for you.

Space is limited and the deadline to enroll is Friday, October 30. Enroll now!

Missed the course? We can notify you the next time it's offered!

Andrew Bernstein holds a PhD in philosophy from the Graduate School of the City University of New York and taught philosophy for many years at SUNY Purchase. He is the author of (most recently) Heroes, Legends, Champions: Why Heroism Matters (2020), Capitalism Unbound: The Incontestable Moral Case for Individual Rights (2010) and Capitalist Solutions (2011).

How the Course Works

This course is interactive and discussion-driven, so enrollment is limited. Register early to secure your spot.

The course is held live on a video conferencing app called Zoom, which you can download for free here. Sessions are video recorded, so if you miss a session (or want to review), you can watch the recording.

The course is 6 hours long, consisting of 4 sessions of 1.5 hours each. Homework assignments may require an additional half hour or more per week.

Course handouts and supplementary materials are delivered via email. The course has a dedicated forum on OSI’s website, where participants can post questions and chat with the instructors and other participants. Participants also have access to an exclusive OSI Courses group on Facebook.

Have a question that wasn’t answered here? Read our FAQ or email us at [email protected].

Please mail your check to:

Thank you for your generous support!