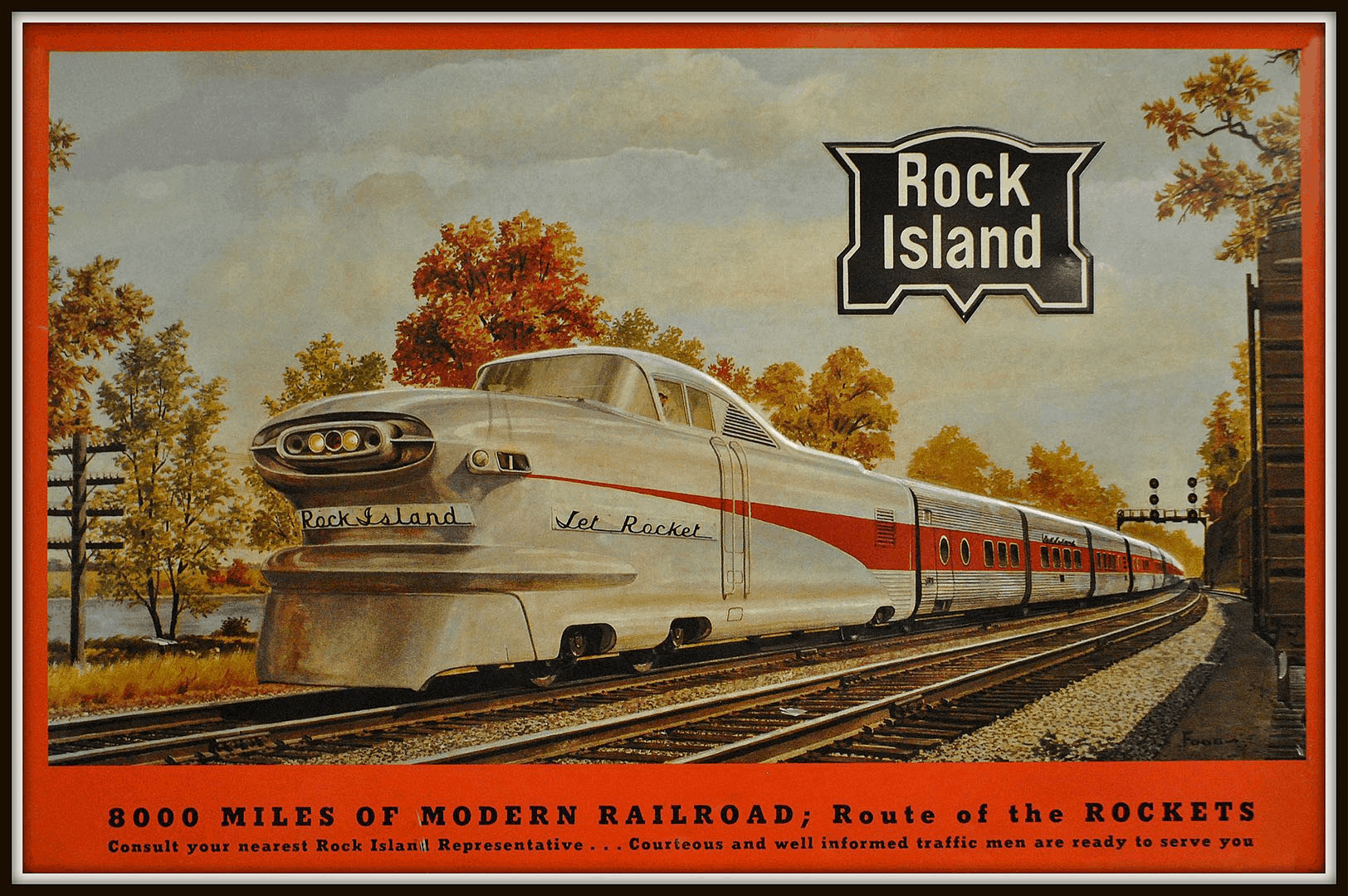 The Golden Era of American Railroads

Rail travel in America today leaves much to be desired. State-funded operator Amtrak has a well-earned reputation for slow, often late trains, running on inconvenient schedules and using outdated equipment. It wasn’t always like that.

While browsing through an independent bookshop recently, I happened upon The American Streamliner, Post-War Years. The book focuses on a turbulent time in American railroad history, from the advent of diesel locomotives in the 1930s through to the collapse of most of America’s passenger railroads in the 1960s and 1970s. It was a time when railroads were struggling to compete with two new forms of transportation, the motorcar and then the jetliner.

During the postwar period, the railroad companies—hoping to shake the 19th-century image of smokey steam locomotives and rickety rides—invested enormously in new diesel trains that became known as “streamliners.” These were sleek, beautiful trains, faster and more powerful than their steam predecessors. They had matching locomotives and coaches that looked and felt as modern as any car or plane. They came with a very high standard of passenger comfort and service, including dining cars, lavish decor, and staff to attend to passengers’ every need.

Unfortunately, federal and state governments stacked the deck against the railroads. Successive administrations poured gigantic sums of money into developing interstate highways and airports. Instead of free and open competition, the railroads were beaten by options that were funded by massive government investment. Although many railroads had been funded similarly by government support when they were first built in the previous century, there were not viable alternatives for long-distance travel at that time. This time, government clearly took sides, funding airlines, bus and truck companies over the railroads. In 1971, with almost all of America’s passenger railroads in financial ruin, the government created Amtrak to take over a skeleton service between major cities. Since then, service has only become more sparse.

Although America’s last private intercity passenger railroad service ceased in 1981, there are signs that a renaissance might be underway. Go Brightline recently began running a privately funded and operated passenger service between Miami and Fort Lauderdale, and an extension to Orlando is now under construction. Go Brightline is also planning a new private high-speed rail link between Los Angeles and Las Vegas.

America was once home to a railroad system that was arguably the finest in the world. Not only was it modern and efficient, it was glamorous and romantic. Even half a century after their fall, names such as The Denver and Rio Grande, the Pennsylvania Railroad, The Rock Island Railroad, and the Baltimore and Ohio still evoke a sense of the golden age of rail travel.

Check out The American Streamliner, Post-War Years to get an idea of what travel was like during this incredible era. Let’s hope America’s new private railroads recapture some of that spirit.