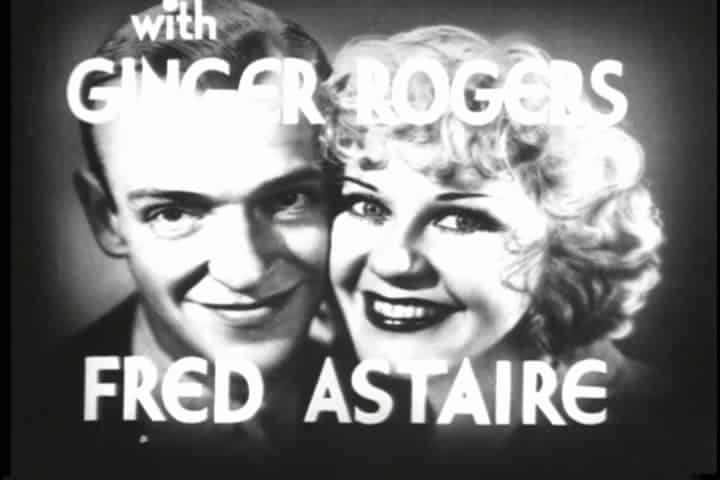 “Pick Yourself Up” with Fred Astaire and Ginger Rogers

Performers who love what they do can invoke a pure, soul-fueling joy in their audiences. Two performers who exemplify this are Fred Astaire and Ginger Rogers. The pair starred together in ten musical films between 1933 and 1949.

Astaire and Rogers were both “triple threats”; they sang, acted, and danced. Astaire began his career on Broadway, whereas Rogers’s early roles were a mixture of movies and theater productions. Both were nominated for and won various awards for their acting; Astaire was nominated for an Oscar, and Rogers received an Academy Award. But their joy of performing is perhaps most obvious in their dancing.

One of Astaire’s biographers, Joseph Epstein, describes him as displaying a “simple, happy, bloody joy in living.” Both Astaire and Rogers displayed technical skill, expression, and energy that set them apart from their contemporaries and made them particularly memorable as a duo and as individual performers. They were most famous for their tap dancing, though they also performed in other styles, such as ballroom and jazz.

Tap dancing demands great technical skill and musicality. In her book on the arts, The Romantic Manifesto, Ayn Rand noted,

It looks, at times, as if it is a contest between the man and the music, as if the music is daring him to follow—and he is following lightly, effortlessly, almost casually. Complete obedience to the music? The impression one gets is: complete control—man’s mind in effortless control of his expertly functioning body. The keynote is: precision. It conveys a sense of purpose, discipline, clarity—a mathematical kind of clarity—combined with an unlimited freedom of movement and an inexhaustible inventiveness that dares the sudden, the unexpected, yet never loses the central, integrating line: the music’s rhythm.

Astaire and Rogers appeared in many films and routines throughout their lifetimes, but a few stand out as especially excellent.

In “Pick Yourself Up” from the movie Swing Time (1936), their precise footwork complements their graceful and effortless ballroom steps. Their dynamic is remarkable; they’re perfectly in sync with each other as they float across the floor. Their joy in the performance is unmistakable. They beam and move with incredible energy, vitality, and confident posture.

“I’ll Be Hard to Handle” from the movie Roberta (1935) illustrates, to an even greater extent, the pair’s incredible musicality and skill. They use a call-and-response format that frames the routine as a conversation. The routine begins with Astaire’s character teasing Rogers’s, and this playfulness continues throughout, even as the rhythms created by their tapping become more and more complicated and impressive. Again, their happiness is obvious; the audience can even hear Rogers laugh aloud at one point.

Fred Astaire and Ginger Rogers were compelling performers whose joy shone through in their dancing. Their vitality, musicality, and impressive skill in tap dancing, acting, and other areas captivated audiences of their time, and continue to charm viewers decades later. Watching their routines never fails to lift my spirits. I hope you enjoy their performances as well. Here are the two I mentioned above: