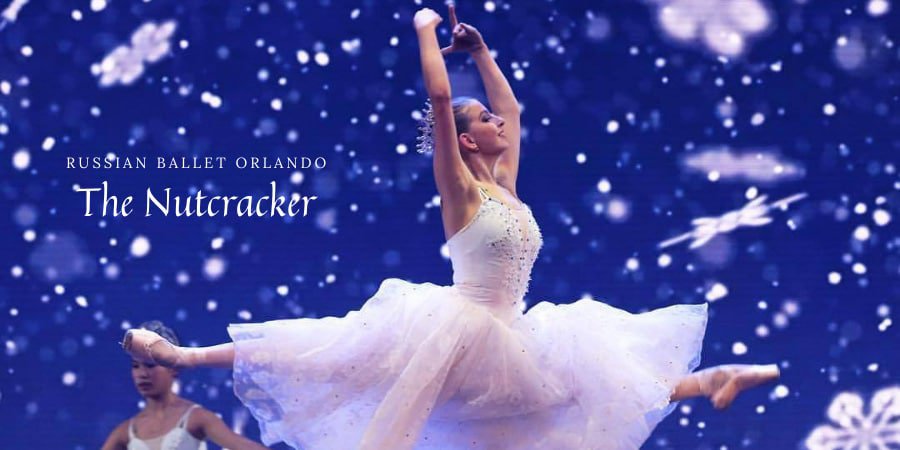 When was the last time you leaped to your feet to applaud artists performing live in a theater? It seems like forever ago for me. That void was recently filled to the brim in downtown Orlando, Florida, when I attended two performances by local ballet companies of the famous Christmas-time classic The Nutcracker.

Performed in a city practically built upon the image of a mouse (Mickey), this show instead features the evil Mouse King from E. T. A. Hoffman’s tale. This mouse scares young Clara, who dreams that the gift that her uncle Drosselmeyer gave her, the Nutcracker, will turn into a hero prince and defeat the Mouse King and his minions.

As with all versions of this tale, set to Tchaikovsky’s triumphant score, children play a major role. From dressing up for parties; to masquerading as mice, soldiers, or angels; to hovering around Mother Ginger, their mirthful antics have audiences smiling from ear to ear throughout. In the Russian Ballet Orlando’s performance, many of the children stood on the side of the stage, mimicking the principal dancers’ movements under the spotlight, envisioning themselves in those roles some day in the future. Isn’t this how dreams are created?

As someone who has danced in various traditional versions of The Nutcracker in New York and has seen countless performances, I found the Orlando interpretations less traditional, with some interesting changes to the story. For instance, Orlando Ballet skipped the “Snowflakes” scene at the end of Act I. This beloved number is full of ethereal ballerinas seemingly floating across the stage, flicking snow. However, this company instead chose to have “Snowflakes” as the finale, with all of the cast joining them at the end—and it worked beautifully!

Orlando Ballet’s rendition of “Snow Pas de Deux” literally brought me to tears, with feminine beauty and masculine strength on display in a way that only ballet can dramatize. It features two dancers in love, the Snow King and Queen, who move gracefully across the stage, with him periodically lifting her high in the air as the music crescendoes. In Act II, the Sugar Plum Fairy and her Cavalier portray the same expressions of love, beauty, and strength, as they move in perfect harmony with the music.

The contrast in venues heightened the experience for me. Russian Ballet Orlando’s performance took place outdoors, on a balmy evening where we could even see Orion’s belt in the sky. Dozens of parents and their children strolled the one-mile circle around Lake Eola, with many stopping by to enjoy watching several scenes of the ballet, before moving on to snap photos near the gigantic Christmas tree that was close to the theater.

The Dr. Phillips Center (Orlando’s version of New York City’s Lincoln Center) was more elegant. Before going on stage, some ballerinas posed under chandeliers with beaming children while their parents snapped photos. Perfumed, glamorous patrons sipped champagne on ice in celebration of their night at the ballet.

Both performances began with the company’s artistic directors speaking about how important it was to have live ballet and thanking Orlando for providing this opportunity when so many other ballet companies are not able to perform. Orlando Ballet’s executive director stated that the company was one of only four ballet companies in the entire United States putting on live performances this season. (The Nutcracker is the one ballet that many companies make a profit on.)

Kudos to both Florida and the city of Orlando for making this possible. These two ballet companies, their sponsors, and venues gave residents and tourists an unforgettable holiday gift.

Hopefully, by this time next year, ballet companies all over the world will return to business as usual. Then this seasonal celebration of feminine beauty and masculine strength—with heroism triumphant—can again give that spiritual fuel which only art can provide.