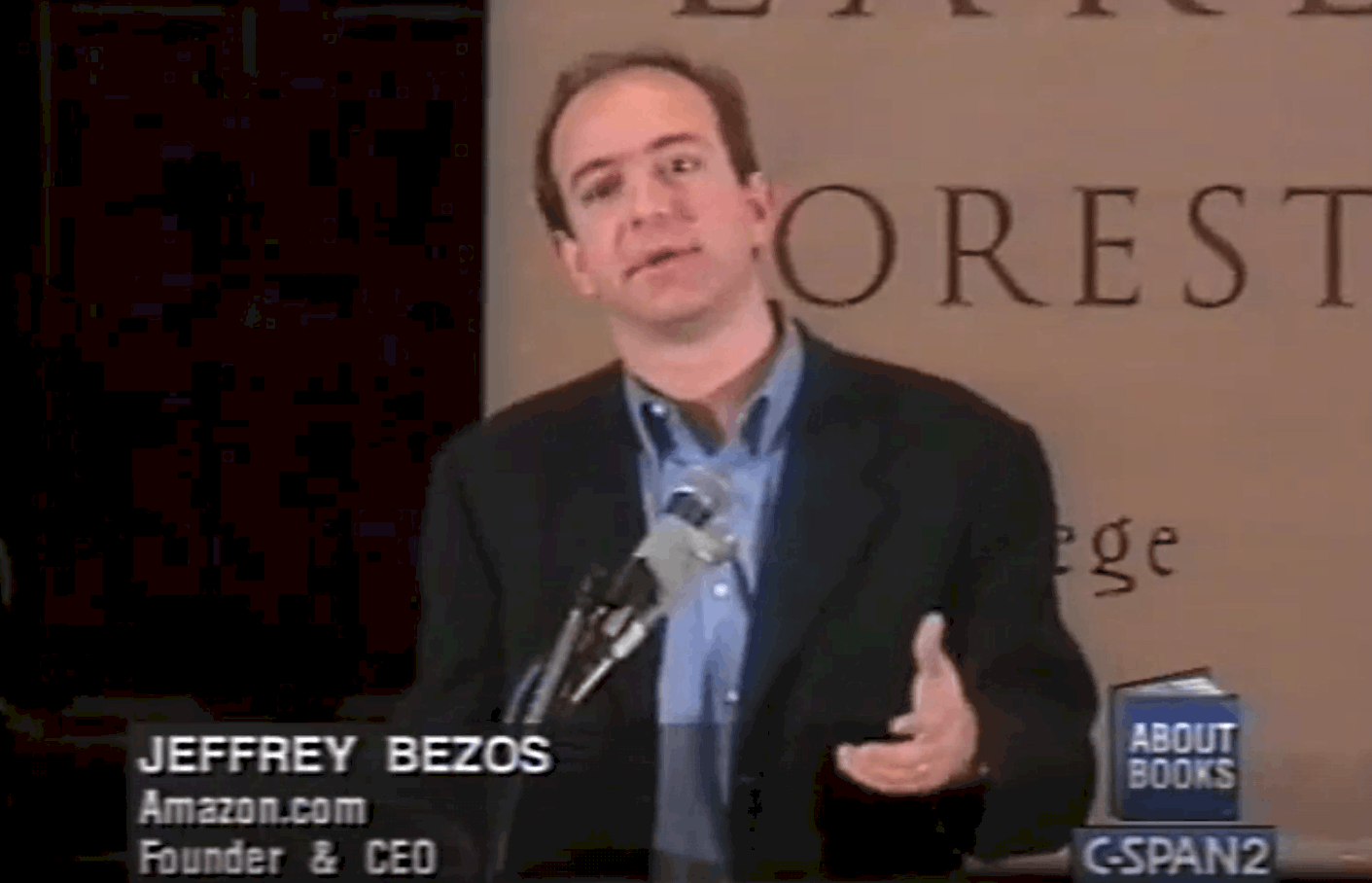 For more than twenty five years, Jeff Bezos has revolutionized the way we use technology to improve our lives. Recently, I came across a video of Bezos from 1998 in which he shares some of the key decisions he made to found and grow Amazon.com. These decisions provide useful illustrations of how Bezos thinks about and approaches life.

One idea that I found particularly helpful is what Bezos calls a “regret minimization framework”—a method of viewing problems that helps you focus on the long-term to identify what matters most.

Bezos’s choice to leave his job and found an internet startup company may seem like the right choice in retrospect, but it was not at all obvious to him at the time. He had a great career working at a Wall Street firm, and he was financially secure and thriving. Bezos knew that leaving his job to create a startup carried a high risk of failure. He grappled with the decision until he found a framework to think about the problem that made the choice easy.

To help gain clarity, Bezos imagined himself at the age of eighty and asked which decision he would regret more: leaving his job to found the company, or staying where he was. By taking a new perspective, Bezos realized that he wouldn’t regret trying to build a company, even if he wound up failing in the process; but if he didn’t try, it would haunt him forever.

Bezos also applied the framework to some of the benefits he would be giving up by leaving his job. For example, he would be walking away from his firm in the middle of the year, which meant giving up his annual bonus. Without the framework, this type of short-term benefit made the decision seem more difficult, but when viewed from a long-term context, it became obvious to him that he was unlikely to even remember giving up this bonus in years to come.

In another interview, Bezos noted that people often struggle with decisions that require relinquishing short-term benefits. An advantage of this framework is that it not only helps you identify what matters most in the long-term, but it also enables you to see the relative unimportance of other things. Overcoming these confusions can help you choose the course most conducive to your long-term happiness.

I use a modified version of this framework when working toward shorter range goals. For example, if you are on a diet plan, but are tempted by a slice of cake and are seriously considering eating it, you might ask, “how will I feel tomorrow after veering off my plan?” Giving yourself this perspective can help you overcome momentary temptation and acknowledge your longer-term goals and values.

Bezos notes that many people use this framework subconsciously, but by naming it and bringing it to your conscious awareness, you can use it more often and with greater clarity. I encourage you to apply this framework to your own pressing problems to help you focus on the long-term, make better decisions, and minimize regrets.