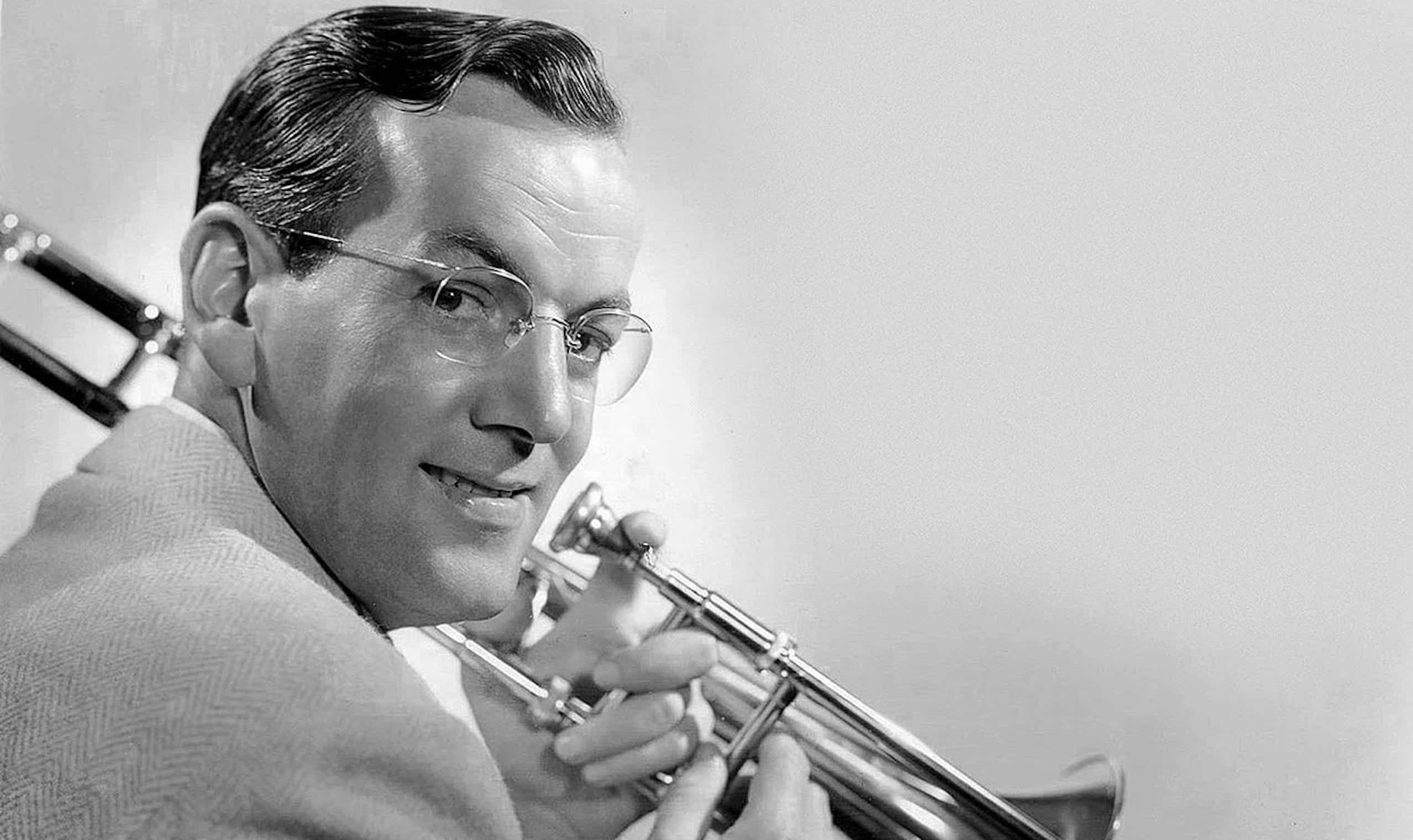 The Glenn Miller Orchestra was at the top of its form in 1941 when it recorded “Chattanooga Choo Choo” in Hollywood. The song was included in Sun Valley Serenade, starring Olympic gold medalist skater Sonja Henie and comedian Milton Berle, and was nominated for the “Best Song” Oscar. Even though America was home to only 132 million people, “Chattanooga” sold an astonishing 1.2 million copies, earning the Glenn Miller Orchestra the first ever gold record.

Miller’s ability to coax just the right performances out of his band—evoking just the right emotions—was remarkable. Play the music, he told them, while imagining a returning soldier getting a shoeshine at the station, boarding a train, dining, and watching the scenery, as he heads home to his sweetheart. It worked.

But a rock-solid song story wasn’t enough for Glenn Miller. He also surrounded himself with some of the best musicians, singers, songwriters, and arrangers of the time. Those included: Tex Beneke, a superb tenor saxophonist and singer; the alto Marion Hutton (sister of the actress Betty Hutton); The Modernaires, consisting of four male vocalists; Wilbur Schwartz, who could play the sweetest clear tones on the clarinet; Bobby Hackett, best known for his cornet solo on “String of Pearls”; arrangers Bill Finegan and Billy May; and the incomparable Buddy Rich on drums. Miller knew exactly what sound he wanted—and how to get it.

The music had to swing. Jazz musicians make their music swing using syncopation—stressing beats not traditionally accentuated. They improvise over the top of a steady beat and standard chord changes. In other words, they jam.

But big bands such as Miller’s couldn’t jam. There were too many members, and they couldn’t coordinate their playing effectively without a detailed plan, referred to by musicians as an arrangement. Miller wrote tight arrangements, calling for his band to play melody and harmony in precise counterpoint, creating a powerful sound.

Miller was adept enough to take advantage of the occasional accident. For some songs, he didn’t want any clarinets in the reeds section, only saxophones. Most of his reed players mastered both instruments, except one. Irv Fazola was a superb clarinetist but a mediocre sax player. He had to sit out some songs. One day in 1937, Miller suggested he play the tenor saxophone lead of “My Fine Feathered Friend” on his clarinet one octave higher. When he did, a new aspect of the Glenn Miller sound was born.

He also split his band’s sections into high and low notes, often featuring a high-pitched clarinet carrying the melody, doubled by a saxophone section playing an octave lower. He distinguished his sound even more by including booming trombones yet another octave lower.

He interspersed clarinet solos between the light playfulness of the saxes, punctured by the crashing sound of trumpets. Underneath, the trombones would hold low notes, often for several measures. At other times, trombonists would open and close their derby mutes, creating the classic Miller “ooo-waah” sound.

“Big band” was basically synonymous with “dance band.” Big bands played to crowds in large ballrooms, aiming to get energetic young people to get up and move. If the kids crowded in, flung themselves about the floor dancing the lindy hop or the jitterbug, and shouted out for joy after a great solo, the band knew the music was “hot.” When the crowd failed to respond, everyone in the band adapted accordingly. This skill was a large part of what made the Glenn Miller Orchestra great.

Big band swing music came into its own just before World War II. Glenn Miller’s “Chattanooga,” “Little Brown Jug,” “String of Pearls,” “Pennsylvania 6-5000,” “Stairway to the Stars,” and “Tuxedo Junction” reminded soldiers and sailors what they were fighting for. These songs were the soundtrack of home. Consider the lyrics to “Don’t Sit Under the Apple Tree.” “Don’t sit under the apple tree with anyone else but me,” Tex Beneke sings, “till I come marching home.”

Another great example is the instrumental “In the Mood.” No other piece of the era captured the wild and free American spirit so well. Even though it wasn’t played fast, “In the Mood” was the ultimate dance number. It swung as hard as anything played by any dance band. Trombones drove home long low notes while the saxes and trumpets skittered high above. Anyone hearing it overseas could be sure Americans were nearby.

Of all the music the Glenn Miller Orchestra was known for, however, “Moonlight Serenade” ranks at the top. It reached the number three spot on Billboard’s charts within weeks of being released in 1939, an impressive feat at the time. The vocal version that came out later has been covered by generations of singers, including Ella Fitzgerald, Carly Simon, Barry Manilow, and Frank Sinatra (who performed it on his album Moonlight Sinatra). This slow dance song for sweethearts was built on nostalgia—not for the distant past, but for the rapidly disappearing romantic moment, soon to be gone forever. This bittersweet taste gave the song a poignancy that people have loved for decades. To this day, the song is in demand for high school proms by teenagers who have never heard Miller’s name.

He was in his late thirties when America entered World War II and so was safe from the draft. He and his band were offered many opportunities for radio shows and recording sessions. But there was a war on. He insisted on enlisting and did so as bandmaster for the Army Air Services in 1942, which, of course, required breaking up his own band. His Army Air Services Band blended the best of swing and march music, including Miller’s arrangement of “The St. Louis Blue March.” He and his band raised millions of dollars at war bond rallies across the nation.

Sadly, his airplane disappeared over the English Channel in December 1944 as he flew to France for a European tour. Miller and the other passengers and crew were never seen again. The mystery was never solved.

Glenn Miller was a revolutionary bandleader and an American patriot. He defined an era of America’s big band brilliance with beautiful melodies and irresistible energy.