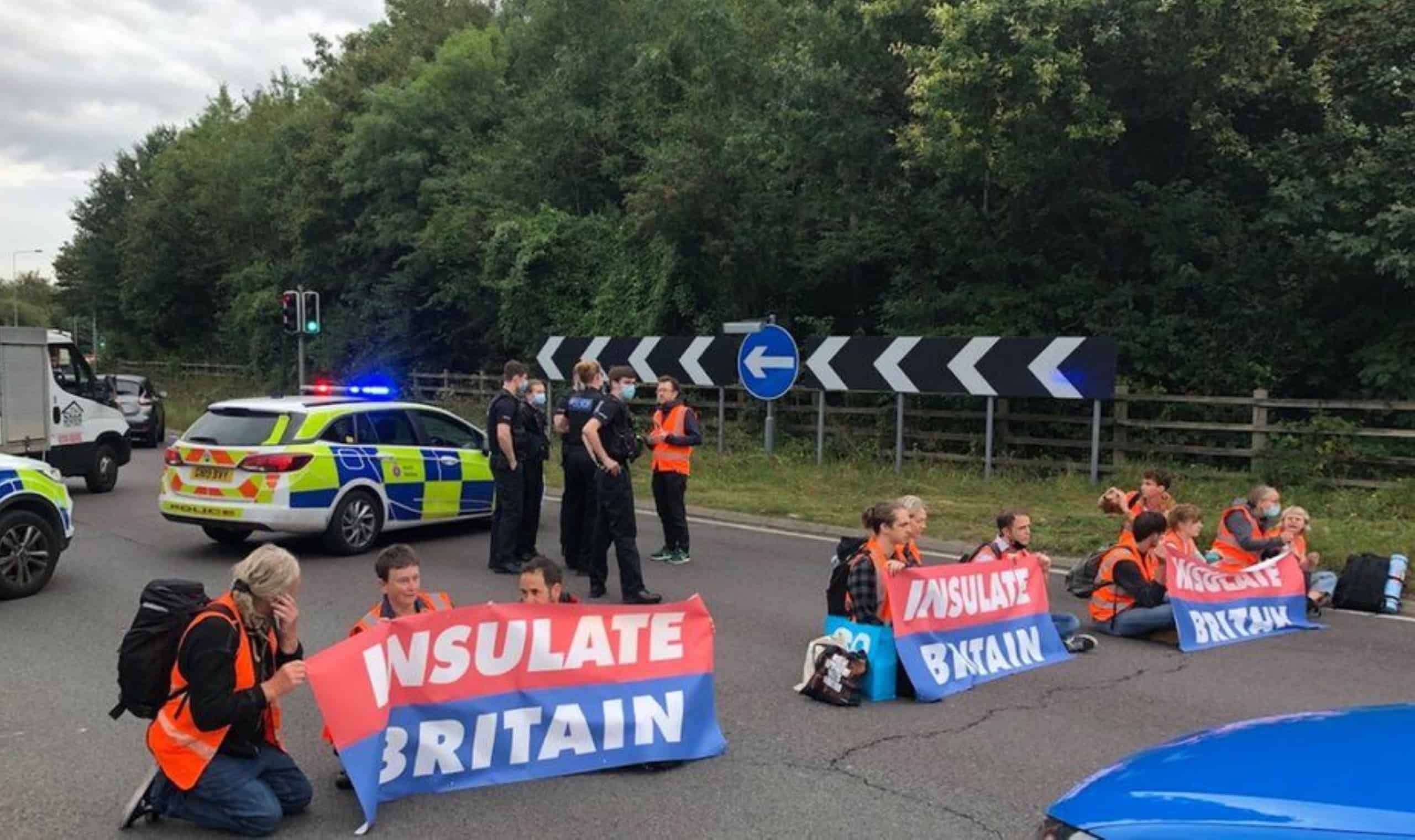 Over the past week, environmentalist “protesters” affiliated with the “Insulate Britain” movement have twice blocked the M25, Britain’s busiest motorway. The reaction from the British police has been absurd. They’ve given these rights violators multiple polite warnings and allowed them to block the road by sitting in front of traffic for hours before any arrests were made.

The “protests” directly resulted in, among other things, a woman suffering permanent life-changing paralysis from a stroke because they blocked her route to the hospital. Another woman had to be air-lifted to the hospital following a serious car crash caused by the disruption. Both protests caused six-hour delays, preventing thousands of people from getting to work and damaging countless businesses at a time when many are struggling to recover from the COVID-19 lockdowns.

These events highlight the fundamental nature of the environmentalist movement. Its proponents hold “the planet” as more important and more valuable than human life. They are happy to inflict harm on human life to  “protect” the Earth from people. In truth, the morally significant value of planet Earth comes from its importance to human life. Human beings are the only beings capable of forming concepts such as value or morality. Without human beings no moral worth of any kind could or would exist. As philosopher Ayn Rand observed in Atlas Shrugged, “’Value’ presupposes an answer to the question: of value to whom and for what?” And the only beings capable of answering such questions—or any questions—are human beings.

The M25 “protests” show the anti-human morality that underlies the environmentalist movement. Concern for the environment—meaning: clean air and water and livable temperatures—is valid, because human life depends on such an environment. But when people invert the moral fundamentals and put the environment above human life, human suffering ensues. Putting human life in its proper place—as the source and objective standard of moral value—leads to innovation, growth, and flourishing. Doing so also leaves roads unblocked by so-called “protesters” so that people can think, act, and live.