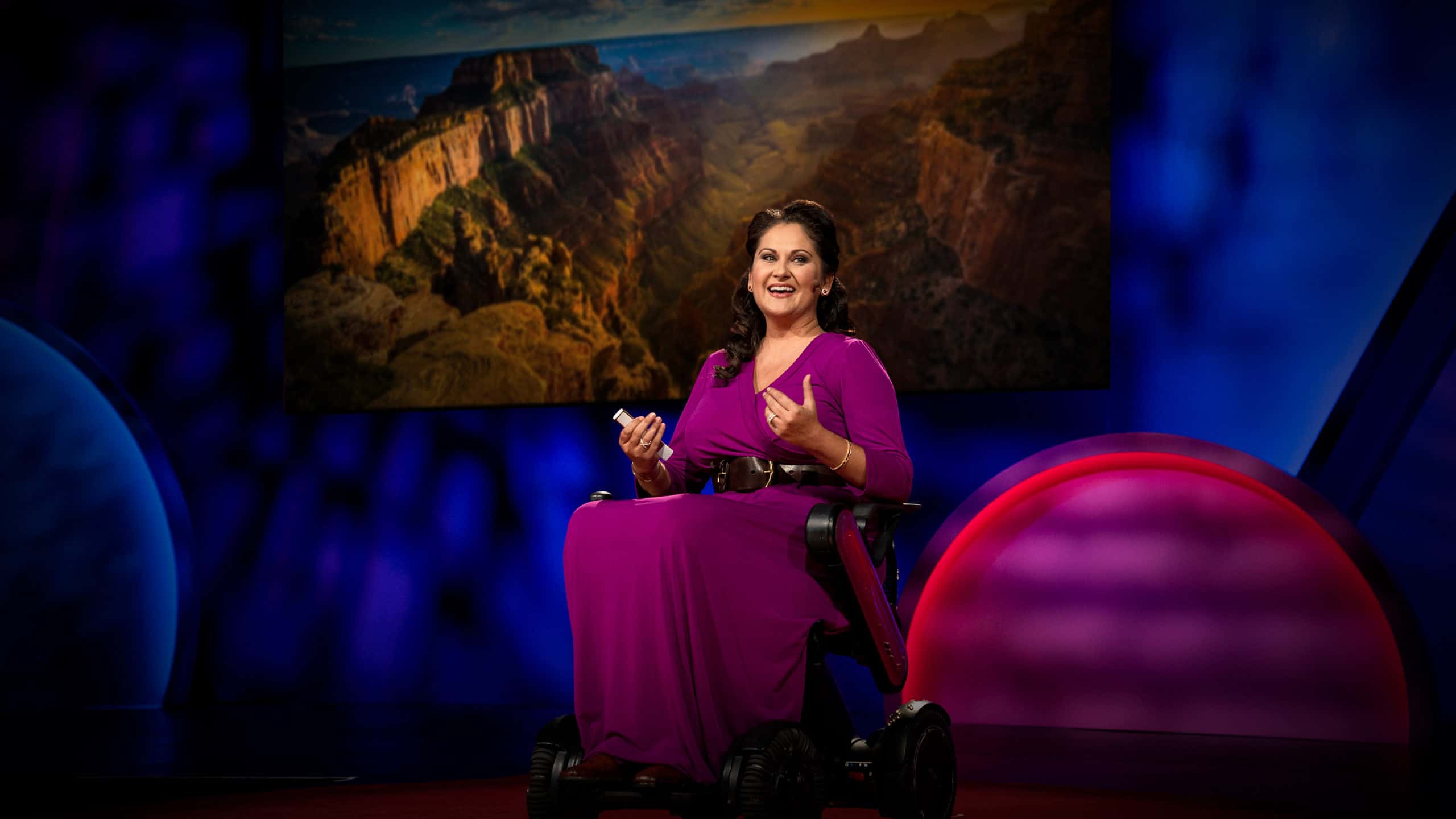 Cara E. Yar Khan on the Value of Courage

I love listening to people who know exactly what they want, who go after it despite obstacles and fear, and who relish the rewards they reap. Their sense of purpose and zeal for life are inspiring. I saw all of this and more in Cara E. Yar Khan’s 2019 TED talk, “The Beautiful Balance between Courage and Fear.”

Khan has worked for the United Nations and UNICEF in countries such as China, Angola, Haiti, and Ecuador. Despite the altruistic basis of both organizations and the corruption of the UN, the scope of her work is still impressive. At the age of thirty, however, she was diagnosed with hereditary inclusion body myopathy, a rare disease characterized by weakening muscles. Her TED talk focuses on the courage she found and the fear she faced in overcoming her disability. She describes how that courage enabled her to continue her international work and embark on adventures such as descending into the Grand Canyon and rafting on the Colorado River.

Khan’s confidence throughout the talk is striking. She has clearly made it a habit to pursue her goals unapologetically, regardless of others’ opinions. For example, after her diagnosis, some suggested she would not be able to get married or continue her international career, and should not have children. “The fact that someone who wasn’t me was putting limitations on my dreams and ambitions was preposterous and unacceptable,” Khan said. “So I ignored them.” She went on to work in Angola and Haiti, and eventually got married.

Khan displays confidence in dealing with challenges more generally, declaring, “When I face obstacles, fear doesn’t necessarily immediately set in because I assume that one way or another, I’ll figure it out.” For instance, she decided she wanted to reach the bottom of the Grand Canyon so she could raft on the Colorado River. This, despite the fact that at the time, she needed a walker to get around. Her solution? She learned to ride a horse.

As Khan recounts her memories of the Grand Canyon, she speaks bluntly of the challenges she faced (including a newly discovered fear of heights), but her face lights up when she remembers the beauty of the Canyon. Her love of life shines through at various points throughout the talk; she is clearly passionate about traveling and about her work, and finds fulfillment in her adventures.

Khan’s message is that you should try to find “the balance between fear and courage.” Fear, she says, keeps you from doing foolish things. It’s an emotional reaction to something that might be a bad or dangerous idea. Emotions, however, as Ayn Rand pointed out, are not proper guides to action. So you need courage to overcome fear; without it, you’ll “never step into the unknown.” Thus, as she says, courage is necessary to achieve our ambitious goals.

Khan credits courage for her success, but points out that courage isn’t some magical quality that leaps to your aid when you need it most. Instead, she calls it “the result of tough reflection and real work.” Her journey through the Grand Canyon required an extensive period of preparation, including thinking about the potential dangers that she and her companions might encounter along the way. The unknowns and the effects of her disability were scary, but Khan faced the challenge with bravery. She explains that it showed her “a level of fear I had never experienced before. But more importantly, it showed me how boldly courageous I can be.”

As Khan says, “Live big, and try to let your courage outweigh your fear.”