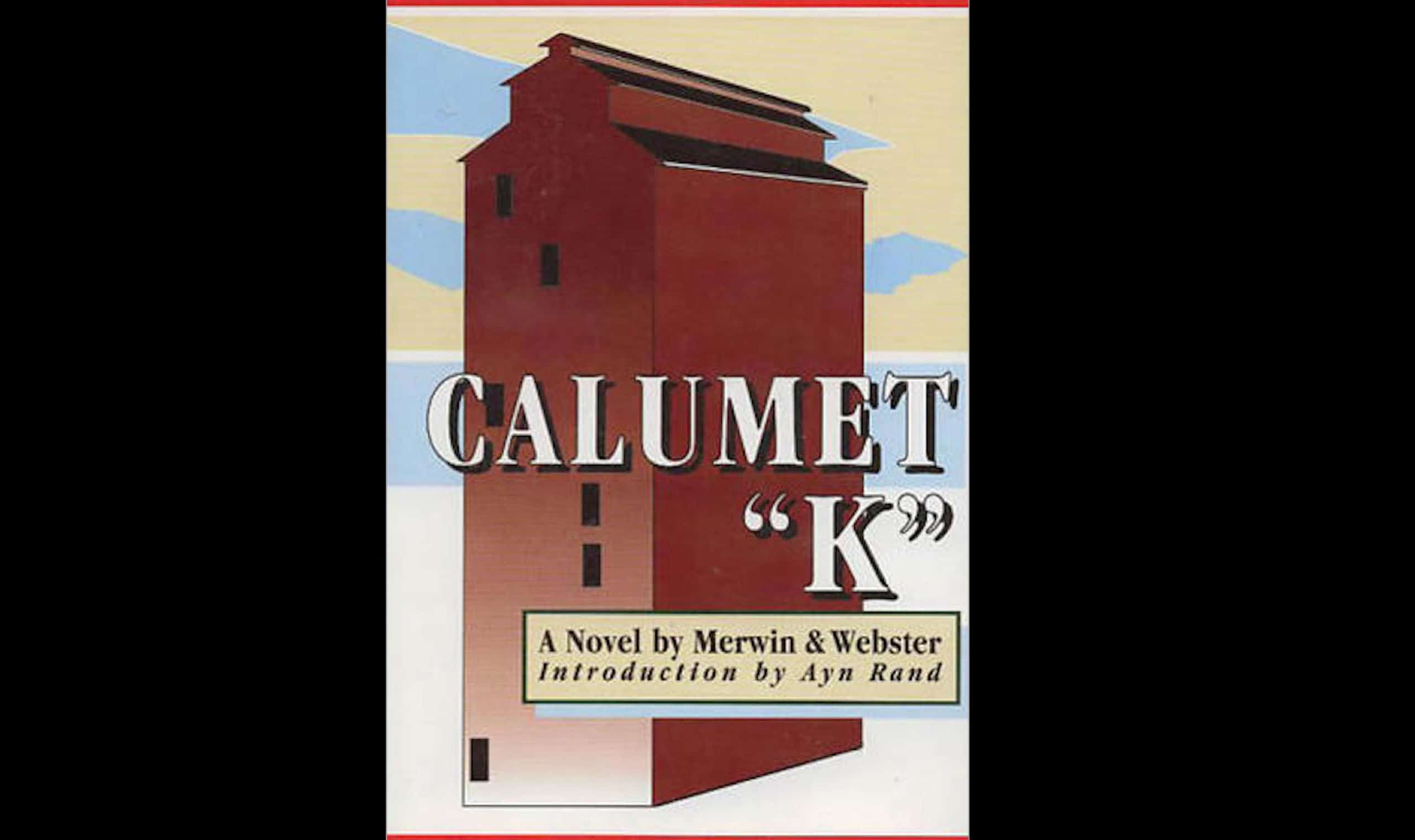 America was built by energetic, industrious people—honest, competent, persistent creators who triumphed over the harsh conditions of this new world. Such underappreciated heroes are celebrated in the novelette Calumet “K” (1901), by Samuel Merwin and Henry Kitchell Webster.

The authors do so principally through the characterization of the novelette’s protagonist, Charlie Bannon. When Bannon’s bosses send him to Chicago to finish the superstructure of a two million-bushel grain elevator, he finds the place in disarray and quickly sets about putting it right.

“What’s all this stuff?” Bannon asked, holding up a stack of unfiled letters.

“Letters we ain’t answered yet.”

“Well, we’ll answer them now,” and Bannon commenced dictating his reply to the one on top of the stack.

“So?” said Bannon. He scribbled a brief memorandum on each sheet. “There’s enough to go by,” he said. “Answer ’em according to instructions.”

“I won’t have time to do it till tomorrow some time.”

“I’d do it tonight, if I were you,” said Bannon, significantly. Then he began writing letters himself. (8)

Bannon is straightforward and frank, confident and glowing with self-esteem. He is a man of the mind: competent, fair in his sense of justice, and unfazed by unexpected challenges. He is a man who will not be stopped by anything or anyone.

When Peterson, the incompetent constructor whom Bannon supersedes, protests at the news that the company has ordered the completion of the project before New Year’s Eve, the new boss cuts him short. Referring to the company’s founder MacBride, Bannon says:

He don’t pay us to make excuses; he pays us to do as we’re told. When I have to begin explaining to MacBride why it can’t be done, I’ll send my resignation along in a separate envelope and go to peddling a cure for corns. What we want to talk about is how we’re going to do it. (page 48)

The contrast between Bannon and Peterson illuminates the protagonist’s skills  and virtues. Although Bannon is mostly friendly to Peterson, the perceptive hero is well aware of Peterson’s flaws. He doesn’t shy away from criticizing Peterson or from chipping in with a word of encouragement when appropriate—never compromising his integrity—all while sustaining their professional and cordial relationship in order to get the job done in time.

A rare and refreshing feature of the novelette is its positive outlook on business and industry. Bannon, a building contractor, is an upright, honest, and productive man. In its characterization of Bannon, Calumet “K” would go on to be a powerful influence on a later proponent of industry in fiction, Ayn Rand. In a 1945 letter, Rand wrote: “[T]he very best I’ve ever read, my favorite thing in all world literature (and that includes all the heavy classics) is a novelette called Calumet ‘K’ by Merwin-Webster.”

Bannon, with his industrious nature and radiating self-esteem, could seamlessly fit into Rand’s novels The Fountainhead or Atlas Shrugged, although many of her characters are more richly developed and express deeper philosophic ideas. Much like Rand’s protagonists, Bannon leads by example. His vitality, integrity, and constant stride toward success are infectious:

The men all worked better than before; each new move of Bannon’s seemed to infuse more vigor and energy into the work. . . . Bannon was on hand all day, and frequently during a large part of the night. He had a way of appearing at any hour to look at the work and keep it moving. Max, after hearing the day men repeat what the night men had to tell of the boss and his work, said to his sister: “Honest, Hilda, I don’t see how he does it. I don’t believe he ever takes his clothes off.” (56–57)

Calumet “K” is ultimately about how competence is essential in achieving man’s goals. You’d be hard-pressed to find many characters like Bannon in traditional literature; a man who excels at his job, is passionate about it, and is zealous in his desire to execute it no matter the difficulties. Occasionally, Bannon idly flirts with the prospect of quitting to live on a farm, but it’s clear that he doesn’t seriously intend to.

For all its thematic strengths, Calumet “K” has a rather simple plot. Bannon has a construction job to complete before the deadline. He faces a flurry of challenges, including natural obstacles, reckless employees, a corrupt union haggler, shoddy businessmen, and his own exhaustion, but he overcomes these hurdles through sheer determination and efficaciousness. Setting aside a small romantic subplot, that is pretty much it.

However, this is not a major flaw. Calumet “K” is light fiction, not an epic novel. It mainly functions to immortalize the archetype that Charlie Bannon represents. If one is looking for a realistic literary hero for inspiration—and these are desperately scarce nowadays—Calumet “K” will deliver wonderfully.