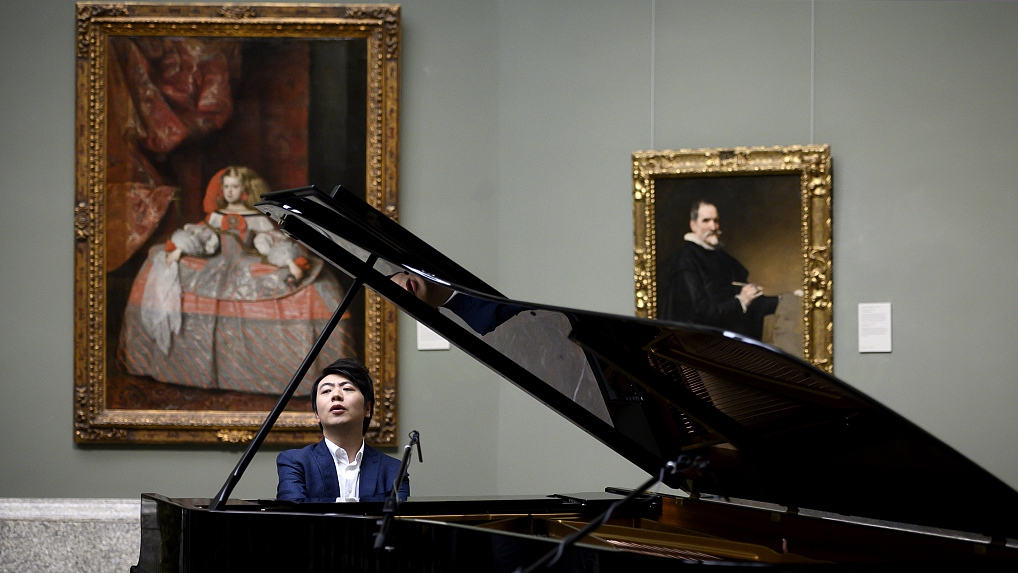 Art as Inspiration: Lang Lang at the Prado

Great musicians can inspire students of music to improve their own playing and artistry. I experienced this myself in 2017 when, as a novice piano student, I went to see the world-renowned pianist Lang Lang on tour. I was awestruck by his technical skill, fluidity, and showmanship. He didn’t just play, he performed. I left the concert that night motivated to practice piano like I never had before—to make my playing more expressive, skillful, and beautiful.

Sadly, shortly after that performance, Lang Lang’s tendonitis worsened to the point that he was unable to perform for two years. One of his first performances after he recovered was in 2019 at the bicentennial celebration of the Museo del Prado art museum in Madrid.

The recording of this performance (shown below) is short but striking. Lang Lang performed his interpretation of parts of Beethoven’s “Fur Elise” and Chopin’s “Raindrop” Prelude. These are often considered beginner’s pieces, which is why Lang Lang chose to focus on them during his recovery. He breathed new life into these beloved pieces, and his performance was seamless and poignant. At many points during the performance, he was so absorbed in the music that he wasn’t even looking at the keys.

Lang Lang played in front of Las Meninas, the most well-known work of famous 17th-century Spanish painter Diego Velazquez. Velazquez is known for his use of tenebrism, a technique that employs contrast to portray light, and Las Meninas is an impressive example of this. Lang Lang said he chose the Beethoven and Chopin pieces because they fit the light and tone of the painting.

The inspiration Lang Lang got from Las Meninas is an example of how great art inspires great artists—even across different art forms, centuries, and cultures. In Lang’s own words: “Works like those of the Prado can inspire us to be better, through the passions and emotions reflected [in them]” (my translation).

Striking performances of great works can fuel the soul, spark creativity, and serve as motivation. As a novice pianist, I found Lang Lang’s graceful yet emotive performance in 2017 to be a powerful source of motivation. As he recovered from a career-threatening ailment, Lang Lang found inspiration in the works of renowned painters and in the Romantic composers whose works he has so often performed throughout his career.

I encourage you to seek out great art that can inspire you, and to check out the short recording of Lang Lang’s performance at the Museo del Prado: